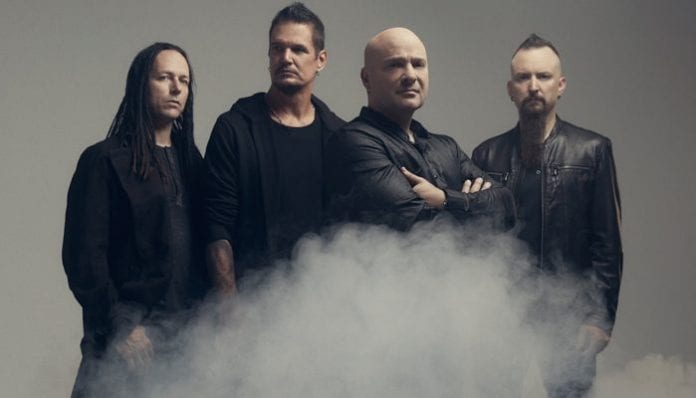 Disturbed frontman David Draiman says he still gets stoned when writing, the veteran musician confirming he was “higher than a giraffe’s ass” while creating the band’s new album Evolution and extolling the benefits of cannabis use.

Read more: Stan Lee’s movie about this superhero was rejected

Interrogated by Loudwire, the Disturbed vocalist follows up on a previous quote where he claimed to have written 95 percent of Disturbed songs while high. “That’s still true,” offers Draiman. “Oh yeah, as a kite. Higher than a giraffe’s ass.”

He continues, “I’m all about indica, to be honest. The heavier, the danker, the more potent, the better. And when you are improvising, there’s something beautiful about what cannabis just does for you in terms of that wonderful THC high.”

The Disturbed singer details his thoughts on how cannabis use “enables you to relax and open up the mind. And it enables me to find the gaps, so to speak. To think of note progressions that I wouldn’t have normally thought before.”

And he doesn’t stop there. The musician dives deep on the myriad health boosts he says he experiences from using the drug, pontificating on its applications throughout history and revealing a vested interest in the cannabis industry:

“People have always utilized…whether it’s marijuana or other drugs—mine will always stay marijuana, I don’t really mess with anything else—for inspiration. And it’s an amazing tool. And it also has other side benefits, anti-inflammatory benefits, all other kinds of benefits; it helps keep my blood pressure down. So, I’m a big fan. And I’m a big supporter and investor in the entire sector, too.”

Now we’re wondering if Disturbed only covered Simon & Garfunkel‘s “The Sound Of Silence” because they were high. Just kidding! What do you think about Draimain’s bud-assisted artistic process? Sound off in the comments, below.