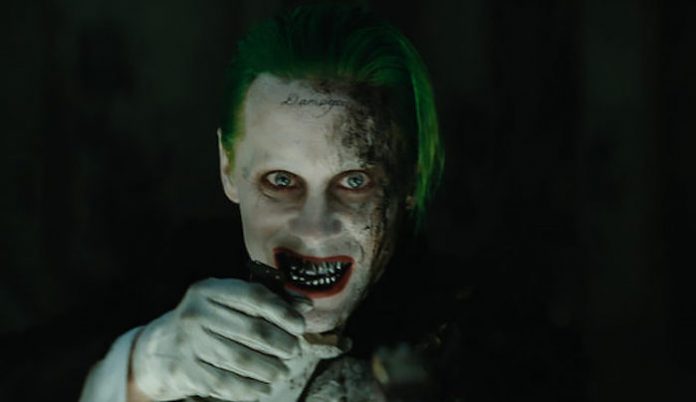 30 Seconds To Mars frontman Jared Leto, who starred in Suicide Squad, felt “alienated and upset” by the new Joker film.

Leto played the Joker in the 2016 movie, and Joaquin Phoenix plays the character in the film that dropped last Friday.

According to The Hollywood Reporter, Leto was apparently “alienated and upset” when the film was green-lit, which cost less than $70 million.

THR story focuses on Martin Scorsese, who was initially involved as a producer on Joker and was potentially going to direct the film. However, his representative says that he never intended to direct the film but only produce.

This news is pretty shocking, considering Scorsese has made headlines lately for his criticism of superhero movies. He particularly said Marvel franchise is “not cinema”.

“Honestly, the closest I can think of them, as well made as they are, with actors doing the best they can under the circumstances, is theme parks. It isn’t the cinema of human beings trying to convey emotional, psychological experiences to another human being,” he said of the MCU.

As for Leto, he’s previously talked about being open to playing the Joker again. It’s already been rumored that he’d be making an appearance in the upcoming Harley Quinn stand-alone movie Birds of Prey. Leto previously teased us that he might be making a cameo in the Suicide Squad spinoff.

“I would definitely play the Joker again,” Leto said to Variety. “It all depends on the script and the circumstances as it always does.”

Leto also commented on the Birds of Prey rumors, which he kept pretty ambiguous.

In other news, Joker just released in theaters and has been making a lot of headlines for the violent content in the film and the possible real-world implications it can have.

To backtrack, recently, the film allegedly features a lot of graphic violence that leads to the supervillain becoming such a dark character.

The film’s star Joaquin Phoenix previously left a press interview when he was asked a question about the film’s violent content. Phoenix, who plays Arthur Fleck, was speaking with The Telegraph critic Robbie Collin when the incident took place.

Collin asked Phoenix if the film has the potential to incite reel-world violence. She asked if it “might perversely end up inspiring exactly the kind of people it’s about, with potentially tragic results?”

Phoenix apparently asked why the reported asked the question and left the room. He returned an hour later, after speaking with a Warner Bros. PR person as to how to respond. He said he hadn’t anticipated the question, which is why he left. The Telegraph reports that they were never given a direct answer from the actor regarding the question.

Then, family members of people who were killed in the 2012 shooting at a Colorado movie theater during a screening of The Dark Knight Rises sent a letter to Warner Bros. about their concerns regarding Joker.

On July 20, 2012, a gunman shot and killed 12 people and injured 70. It took place at the Aurora Cinemark theater in Aurora, Colorado.

Relatives of those victims then wrote a letter to the studio ahead of Joker’s realse. The film is the first R-rated film in the franchise for its violence. They are also asking the studio to donate to groups that aid victims of gun violence.

“We are calling on you to be a part of the growing chorus of corporate leaders who understand that they have a social responsibility to keep us all safe,” the letter reads, per The Hollywood Reporter.

The nonprofit group Survivors Empowered worked with Igor Volsky of gun control advocacy group Guns Down America to write the letter to the studio. It was signed by five family members of victims. Those people are Sandy and Lonnie Phillips, Heather Dearman, Theresa Hoover, and Tiina Coon.

“My worry is that one person who may be out there — and who knows if it is just one — who is on the edge, who is wanting to be a mass shooter, may be encouraged by this movie. And that terrifies me,” Sandy Phillips, creator of Survivors Empowered, said of the film.

The letter does not call for the boycott of the film. However, it asks the studios to  “end political contributions to candidates who take money from the NRA and vote against gun reform”. They also ask the studio to “use your political clout and leverage in Congress to actively lobby for gun reform. Keeping everyone safe should be a top corporate priority for Warner Brothers.”

The letter also says that the shooter was motivated by feeling “wronged by society”. The shooter was James Holmes who was convicted of 24 counts of first-degree murder. He is serving life in prison. Holmes was compared to the Joker character for his brightly dyed hair days after the shooting.

“As a result, we have committed ourselves to ensuring that no other family ever has to go through the absolute hell we have experienced and the pain we continue to live with. Trust us, it does not go away,” the letter reads.

Following that letter, the U.S. military warned troops to be on the lookout for mass shooters ahead of its release. This is due to the concern that the film will inspire copycats to incite violence.

In an Army Criminal Investigation Command memo, commanders were put on notice that the FBI discovered posts from extremists according to Gizmodo. The extremists are believed to be incels. Incel refers to a group of extremisit men who are “involuntary celibate” that have incited violence in the past.

The FBI is reportedly unaware of any specific plots of threats, but found “disturbing and very specific chatter” on the dark web. This caused them to send the emails as a precautionary measure.

The email memo instructed service members to “identify two escape routes” in theaters. It also stated that in the event of the shooting, they should “run, hide, fight.”

“We do this routinely because the safety and security of our workforce is paramount,” an Army spokesperson said to Gizmodo. “We want our workforce to be prepared and diligent on personal safety both inside the workplace and out.”

The film’s director Todd Phillips has consistently defended criticism about the film’s violence.

In an interview with the Associated Press, the director recognized the tragedy that was the 2012 Aurora shooting. However, he added that “even that was not something you blame on the movie.”

He also said that even though Joker is a fictional plot with fictional characters “that’s been around for 80 years,” he understands it can have “real-world implications.” He also noted that people are criticizing Joker while the most recent John Wick film was filled with extreme violence.

“The one that bugs me more is the toxic white male thing when you go, ‘Oh, I just saw John Wick 3.’ He’s a white male who kills 300 people and everybody’s laughing and hooting and hollering. Why does this movie get held to different standards? It honestly doesn’t make sense to me,” Phillips said.

You can see the trailer for Joker below.