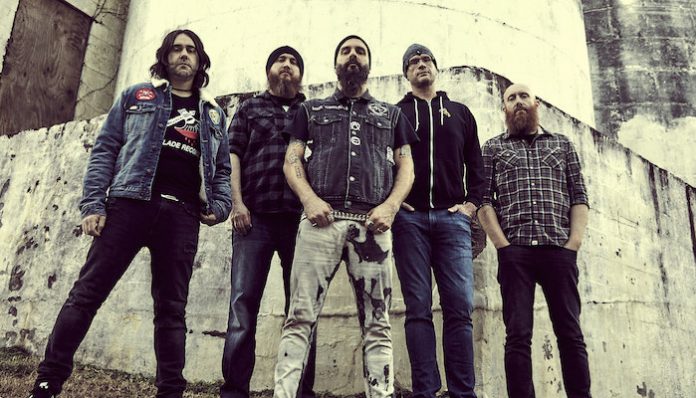 We aren’t expecting a new album from Killswitch Engage until fall, but now fans can expect something new from the band next week.

Although a rough release date for the record has been established, the band shared a teaser on Twitter today highlighting June 25 as a date of interest.

With expectations set for Tuesday, the band gave only one other detail for what’s to come captioning the post with “Unleashed.”

We’re still not sure whether it’s a new single or the name for the highly-anticipated fall album, but fans should mark their calendars nonetheless.

You can check out the teaser below.

During an interview with The Edge at Welcome To Rockville earlier this month, D’antonio revealed in an interview that the album had finally been mastered.

In a separate interview with Wired In The Empire, the bassist share that the band had actually recorded too many songs.

“We actually recorded too many songs. It kind of threw Jesse for a bit of a loop. We had, like, 22, 21 songs that we actually completed all the music for except for vocals, and then it was time to sit down and do it, and it, like, fried his brain. It took a little while longer to write the record and finish the record. I think we did, like, maybe 17 tunes with vocals, and there are still a few left over that we’re going to save for a little bit later. The record’s not going to have that many, for sure. We’ll have some extras to play with and figure out something to do. We’ve narrowed down the track listing; we are mixing now, and all systems [are] go to get it out for 2019.”

Hopefully Tuesday will bring more news of the record, and maybe even a new track.

Killswitch Engage announced a co-headline tour with Clutch last month, kicking off July 8. Tickets for the tour are on sale now with a full list of dates below.

Read more: Here’s everything coming to and leaving Hulu in July