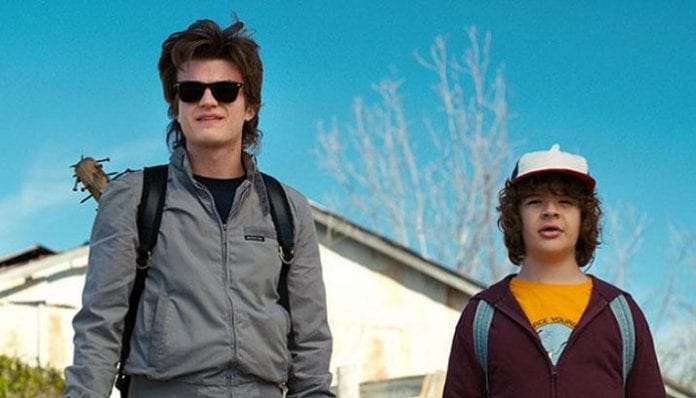 It feels like centuries have gone by since we last saw the Hawkins gang fight off creatures from the Upside Down in Stranger Things season 3.

Now, it looks like we won’t have to wait too much longer for Stranger Things 4. The Netflix series confirmed this week that filming and production have resumed.

Fans even got their first sneak peek at the new season in February. In the exclusive teaser, it’s confirmed that Hopper is still alive after he was presumed dead at the end of season 3. However, he is definitely not in Hawkins anymore. The clip shows Hopper working in a Russian work camp that is covered in snow.

From Russia with love… pic.twitter.com/ZWEMgy63Et

In the wake of the coronavirus pandemic, however, things quickly changed. Netflix shut down all productions for its shows in March, a move that obviously impacted Stranger Things 4. David Harbour who plays Hopper revealed in a March interview that season 4 is likely to premiere in 2021 due to the unforeseen delays.

Shortly following this, Harbour also shared that season 4 will heavily focus on Hopper’s backstory. As well, there are a lot of Easter eggs about season 4 in previous seasons that many viewers missed.

“In season two, Eleven goes into the basement of the cabin and there’s five boxes, one of which has Brenner’s stuff from Hawkins Lab, one of which says ‘Dad,’ one of which says ‘Vietnam,'” Harbour says. “One says “New York.” So there are these three things that we’ve established in the season that if we don’t pay off, it means that they’re bad writers. And the Duffer Brothers are very good writers.”

Then, in May, after a few months of radio silence from the Stranger Things cast, The Duffer Brothers revealed some key secrets about what’s in store for the Hawkins gang and Hopper.

“Although it’s not all good news for our ‘American’; he [Hopper] is imprisoned far from home in the snowy wasteland of Kamchatka, where he will face dangers both human… and other.”

“Meanwhile, back in the states, a new horror is beginning to surface, something long-buried, something that connects everything. Season 4 is shaping up to be the biggest and most frightening season yet. And we cannot wait for everyone to see more. In the meantime, pray for the American.”

More recently, in June, the Stranger Things writers revealed just how many episodes are in season 4. The writers shared a photo of nine season 4 scripts, hinting that nine new episodes are on the way.

Now, Stranger Things has confirmed filming has finally resumed. The series took to Twitter this week to share another sneak peek that seems to be all about time. Could this photo be a hint that time plays a big part in season 4? Is Hopper trapped in the Upside Down?

meanwhile in the upside down… pic.twitter.com/BtPlMjy0pS

Since its delay, the release date for Stranger Things 4 has not been revealed. In the meantime, the teaser featuring Hopper is available to watch below.

Are you going to watch Stranger Things 4? Let us know in the comments below.