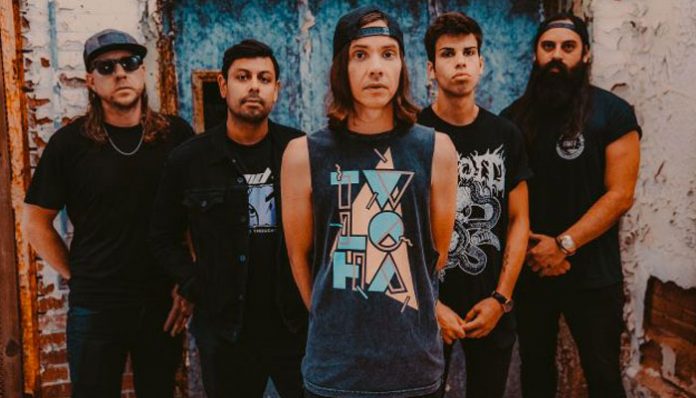 The Red Jumpsuit Apparatus recently released their The Emergency EP, and now the band are set to play the new tracks in a live setting. The audience can also expect to hear fan-favorite tracks as TRJA will be playing Don’t You Fake It in celebration of the album’s 14th anniversary. The discography-spanning performance will mark TRJA’s only full-band set of 2020.

Don’t You Fake It is in good company with other iconic 2006 albums such as My Chemical Romance’s The Black Parade and Taking Back Sunday’s Louder Now. The Red Jumpsuit Apparatus’ record utilizes a glossy pop-punk melody to highlight topics such as domestic violence. Whether you caught the video for “Face Down” on TRL or were won over after hearing a hint of the record while walking through the speaker aisle at Best Buy, its legacy carries out years later.

While the excitement may be buzzing around the idea of hearing old-school emo played in full, the band are also honoring the release of The Emergency EP. TRJA will play the new EP front to back including singles “Is This The Real World,” “Brace Yourself” and “A Long Time Ago In A Galaxy Called LA.”

The show will be streamed via Veeps, a ticketing streaming platform co-founded by Joel and Benji Madden of Good Charlotte. The livestream will be broadcast from Hollywood’s The Whisky a Go Go. TRJA recently played the venue back in May of 2019.

Lead vocalist Ronnie Winter is thrilled to showcase all of the tracks in this upcoming livestream.

“After much planning on how to safely travel and meet up, we are just excited to see one another,” Winter says. “We have not hung out since March because three of us are full-time parents. We also never had a chance to jam The Emergency EP as a full band because the last track was written and recorded in quarantine.

“It’s not just about the show, we needed this as people,” he continues. “Safety measures are in place, and we have the green light from our families. Plus, we wanted to make this unique streaming event extra special for our fans by playing the Don’t You Fake It album to cap off the night.”

Read more: Red Jumpsuit Apparatus ask you to “questions what you see” in new video

The show will take place Oct. 2, and the band will also be holding an interactive question and answer session after the set. Fans have the option of choosing between four bundles. The first includes just a ticket to the show for $9. The second bundle is $49 and adds a T-shirt.

The third bundle includes a hoodie and a signed poster in addition to the shirt for $99. The fourth option includes all of that plus access to a group Zoom chat with the band for $149. All of the ticket bundle options are available here.

What song are you guys looking forward to the most from DYFI #live ?? https://t.co/eSbYhSHSzL

With the band playing The Emergency EP in its entirety, fans can expect to hear “Is This The Real World,” live. Upon release, the track was accompanied by a video that stresses the concept of being cautious with what you see and not letting it change you.

“Be careful what you see because what you believe can change you on the inside.” Winter tells Alternative Press. “We believe that’s what’s happening through manipulated media and augmented reality.”

Winter has never been one to hide from his passions and what message the band’s music holds. The Emergency EP showcases topics of awareness, shining a light on subjects that listeners may be unaware of.

Fans can also look forward to hearing “Brace Yourself,” which is a message of support for first responders. Profits made from the track went to charities that support emergency workers’ families.

In the same breath, songs from Don’t You Fake It deliver similar messages. The Emergency EP shares the same mindset according to Winter.

“With this EP, I’m bringing the fans to the next level,” Winter tells Alternative Press. “I’m saying, “Hey, guys, that’s not enough. Like, if you were with me on that one [“Face Down”], I need you with me on these.”

See TRJA’s latest video for “Is This The Real World” below. Fans can watch the livestream Oct. 2 via Veeps and check out The Emergency EP now.