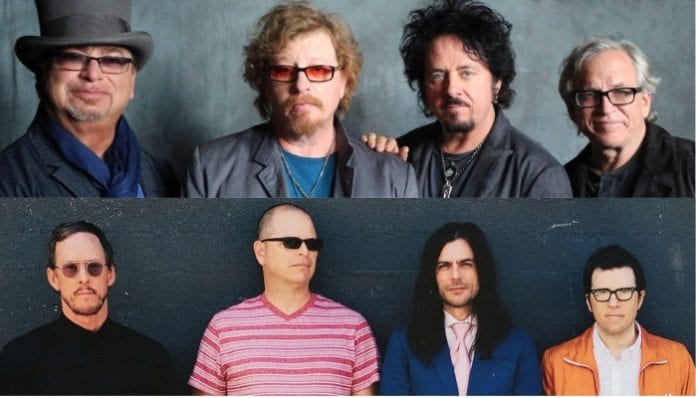 Yacht-rockers Toto have finally released their promised cover of Weezer‘s hit “Hash Pipe,” the Steve Lukather-led icons returning the favor after Rivers Cuomo‘s quirk-rock combo covered the group’s “Africa” following a viral fan campaign. See if you can make it through the whole thing below.

And while the new version does little to improve upon Weezer’s original comeback single that shockingly (for 2001) probed SoCal streetwalking, Toto wanted to put their stamp on it anyway. As drummer Steve Porcaro tells Billboard, the band chose “Hash Pipe” specifically to show off their rock chops:

“You know, we listened to ‘Beverly Hills,’” he says. “I wanted to maybe even do a real ‘Africa’-type version of that. … But you know what? We wanted to make it different, but we wanted to do something rock ‘n’ roll. I wanted to show everyone what a good rock ‘n’ roll band we can be.”

You’ve got your problems: