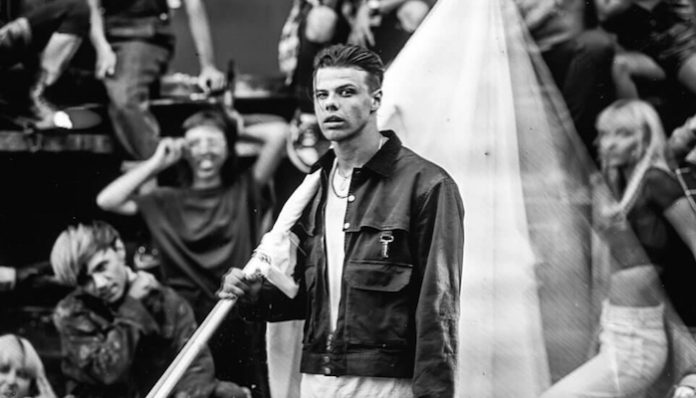 YUNGBLUD has had no time to slow down after crowdsurfing his way through Times Square and releasing his recent the underrated youth EP. To add to his ever-growing list of accomplishments, YUNGBLUD recently debuted his graphic novel, Twisted Tales Of The Ritalin Club.

However, between his current tour and never-resting work ethic comes one minor hiccup in the first batch of comics.

Read more: 10 Awsten Knight tweets that made us laugh so hard we cried

Yesterday, YUNGBLUD took to social media to reveal the first batch of comics was quickly dwindling and another order would need to be placed.

If you’re looking to order a copy for yourself, you may want to do it ASAP as the first batch has a comical mistake that will set it apart from any future batches created.

As YUNGBLUD points out on the spine of the graphic novel, his name appears as “Yungblood” instead of YUNGBLUD.

“The first batch is almost sold out so we have to place another order which is fucking mental,” YUNGBLUD explains in his video post. “However, look what I just noticed. They spelled my fucking name wrong. So I think there’s like a thousand left of my name spelled wrong. So if you wanna fucking get ’em and take a piss out at me for being a twat and spelling my name wrong, do it cuz there’s like a thousand left of ’em.”

they spelt my name wrong on the fucking comic 😭😂🖤https://t.co/2MVz1UBFAT pic.twitter.com/JghLjzdahG

You can catch a glimpse of the typo below.

Its even on of the ones thst spelt his fookin name wrong!🖤🖤🖤🖤🖤🖤🖤

Recently, YUNGBLUD sat down with AP for an exclusive track by track breakdown of the EP which you can check out here.

You can snag your copy of the underrated youth EP, merch and graphic novel here.

Have you snagged a copy of the comic with the typo? Sound off in the comments below!