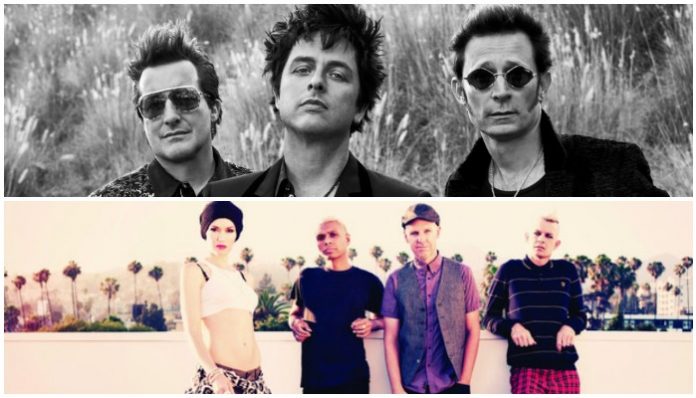 In the wake of grunge and just before Linkin Park reanimated the next decade, these 20 bands dominated the late ’90s and made their respective marks on rock ’n’ roll from 1995-1999. With the exception of a few, most of the acts listed here still play shows today.

Let’s start this list with the only number that truly matters: 311. Omaha’s finest rap-rock hybrid have been making music since 1988, but they truly broke out into the mainstream with their 1995 self-titled album. Boys, we’re due for a 25th anniversary tour.

Just five years after they formed, blink-182 tasted a slice of mainstream success with the most pop punk of pop-punk anthems (“Dammit”) on 1997’s Dude Ranch. The farming record had another minor hit with “Josie,” but the band closed out the ’90s by conquering the state(s) and universe with the multi platinum Enema Of The State. She’s open waiting for more.

Read more: Here’s why fans think Gerard Way is the Turtle on ‘The Masked Singer’

Sacramento’s inimitable Deftones are perhaps the band listed here with the largest cult following. 1995’s debut, Adrenaline, and its follow up, Around The Fur, personify a shift aggressive music was shaping in the late ’90s, and the band furthered their legacy this century by consistently releasing genre-bending LPs. Any Deftones fan worth his or her weight in salt could go on and on for more than seven words, but we’ll be quiet and drive (far away).

Featuring members of Germs, Sunny Day Real Estate and (fucking) Nirvana, Foo Fighters put out three back-to-back records in 1995, 1997 and 1999 that dominated movie soundtracks then and still get featured on a heroic amount of playlists today. Bet you didn’t expect Mr. Grohl to stick around as long as he has, eh? If you ever have doubts about this band’s legacy, go to a FF show: You’ll lose count of hit songs at infinity.

Read more: Here’s why Billie Eilish was embarrassed by her Grammy Awards sweep

This band personified the end of the early ’90s with 1994’s Dookie, but they have two solid full-lengths that are forever associated with the late ’90s, Insomniac and Nimrod. In addition, Green Day are neck and neck with Oasis for the ballad of all ’90s ballads with 1997’s “Good Riddance (Time Of Your Life).” Try going to a graduation party without hearing it…

“Redefine” will forever be one of the best Incubus songs/album openers, and 1997’s S.C.I.E.N.C.E. was a niche cult hit for a few tables of this writer’s high school cafeteria. Two years later, Make Yourself introduced the group to all of Earth, and the planet embraced the clean, warm and polite sounds of Calabasas. Brandon Boyd’s sensitive, thoughtful presence and demeanor changed the rock frontman game for the better, and we’re all privileged as a result.

Most people associate Jimmy Eat World with the present century, but 1999’s Clarity is easily emo’s Constitution. The band’s 1996 major-label debut, Static Prevails, deserves much more love than it receives, as many insightful kids placed songs such as “Thinking, That’s All” and “Claire” on more mixtapes than they’d probably like to admit in the ’90s.

Read more: Apparently A Day To Remember want us to keep an eye out for something

Nine Inch Nails closed the century in 1999 with a powerful double album called The Fragile: It was more than worth the five-year wait after 1994’s The Downward Spiral. Audiences agreed in droves, and the album was Trent Reznor’s first record to debut at No. 1 on Billboard. We’re in this together.

Sadly, this is the first of a few acts to be mentioned here who aren’t currently active, but happily, we still will always have 1995’s Tragic Kingdom, a record with almost as many hits as there were songs on it. You can thank (or blame) No Doubt for the mid-’90s ska revival as well! Happy now?

Four words, two records: The Bends, OK Computer. What else needs to be said about Radiohead’s mark on the late ’90s? Listen to the guitar solo in “Paranoid Android” right now if you haven’t done so in a minute. It still holds up.

No one knew what to make of Rage Against The Machine’s debut self-titled 1992 album, but everyone was ready for 1996’s Evil Empire. The band closed the century with their underrated album The Battle Of Los Angeles in 1999, but unless you’ve been living under a rock, you know that they’re back in 2020 for a Coachella headliner and various other shows once everything’s properly rescheduled due to coronavirus. We need ’em now more than ever.

If 1994 was the year punk broke, 1995 was the year it persevered: …And Out Come The Wolves made Rancid a household name in ’95, and it was without major-label backing. It was truly impressive, and the band’s collaborative reggae-ska-punk follow-up, 1998’s Life Won’t Wait—just look at the extensive list of additional musicians who contributed—is a fun and diverse 22-song listen. Who would’ve thought?

Here’s the second act listed here who should get back together tomorrow. The band recorded their debut 1995 album, Frogstomp, when their three members were only 15, and each subsequent release last century (1997’s Freak Show and 1999’s Neon Ballroom) successfully and dramatically evolved in both sound and maturity. 2011 was a sad year because the band hung their hat, but Silverchair had the decency to leave us with two more full-lengths (2002’s Diorama and 2007’s Young Modern) before doing so.

The fact that the most brutal band on this list released their debut self-titled LP in 1999, which was the year for boy bands and Britney, and are still headlining huge venues in 2020 says a lot about their ardent and aggressive fanbase. The world wasn’t (and still isn’t) ready for a heavy-as-fuck nine-piece from Iowa to percussively shred your face off, but five albums later, Slipknot show no signs of untying their boots and sitting down. Is it a dream or a memory?

While 1993’s Siamese Dream exposed the band to millions and millions of fans, 1995’s epic double album Mellon Collie And The Infinite Sadness somehow kept ’em all and multiplied the number. Not too many bands have one successful single from a record, let alone five like Smashing Pumpkins. We will never be the same.

Read more: 10 hilarious music videos that will put a smile on your face

Speaking of successful singles, Sublime’s self-titled 1996 LP had no shortage of monster hits. Sadly, just two months before this album was released, singer/guitarist Bradley Nowell relinquished his chance to enjoy the fruits of his band’s labors and lost a sad fight to drug addiction. Thankfully, Rome Ramirez still keeps the group’s old songs alive (and writes newer ones in a similar vein) with the revamped Sublime With Rome.

You may not know Superdrag’s 1998 masterpiece, Head Trip In Every Key, but all of your favorite bands do. However, you may know the band’s 1996 single “Sucked Out” (from Regretfully Yours, the band’s major-label debut), which was a brash take on the record industry with Kinks-esque melodies and painful screams that you can’t get out of your head.

System Of A Down

Most people associate System Of A Down with 2001’s smash release Toxicity, but 1998’s self-titled debut LP set the stage for a complete and utter 21st century domination for the band. It took nearly two years for this album to go gold, but during that time, SOAD toured relentlessly to ensure a No. 1 debut for their sophomore album. If you love Mr. Bungle but feel that the band need to be heavier and more Armenian, listen to this album now.