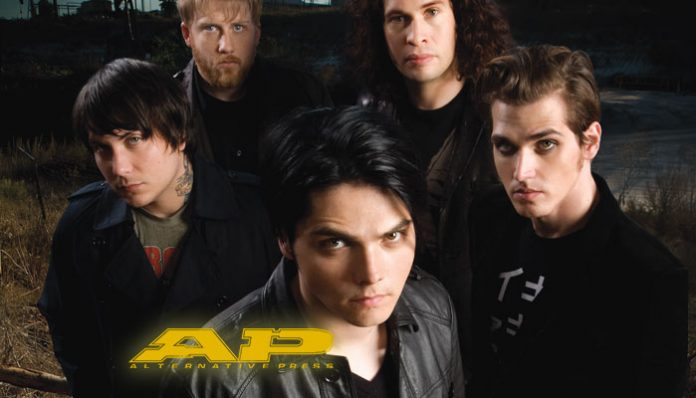 With 35 years of rock ’n’ roll under our belts, you know we’ve got some stories to share. Through the wildest cover shoots with Slipknot, AFI, My Chemical Romance and more, we made it through the trenches and lived to tell the tales.

After creating our “greatest hits” cover featuring the likes of Hayley Williams of Paramore, twenty one pilots, Fall Out Boy and Awsten Knight of Waterparks, we weren’t finished yet. This extremely special issue revisits some of your favorite artists and their most memorable cover stories with Alternative Press. But how could we create an entire issue dedicated to the greatest hits artists and not include My Chemical Romance? The answer is obvious: We couldn’t.

Read more: 10 hits from the ’90s you had no clue were covers

From their inception in 2001 to their faux blood-spattered photo shoots that became more of a death wish than a desire, we sat down with My Chemical Romance in 2010 ahead of the release of Danger Days: The True Lives Of The Fabulous Killjoys. Unbeknownst to us, the group had far more happening than what would become their “final record” upon their disbandment in 2013. Who else has a T-shirt that says “California 2019” on it and never made the connection? Yes, Frank Iero, we know you’re pointing your finger at us, and we’re laughing along with you.

From issue 258, My Chemical Romance detail the songs and album that they would eventually scrap in place of Danger Days. Upon returning to the states from their stint at the Summer Sonic festival, MCR were hit with an abrupt reality check. The songs and album (21 tracks) that they had planned and poured thousands of dollars into weren’t what Gerard Way had envisioned, and the group were in search of a fresh perspective. Through the encouragement of his mentor Grant Morrison, Way retooled both the story arc and personas of the Killjoys into a conceptualized, post-apocalyptic record. This would become Danger Days.

Unlike anything the group had done before, Danger Days was their most daring feat and creative album to date, but it would also come with a price. Straying from their post-hardcore and, more notably, emo roots that their fans had grown accustomed to, Danger Days challenged everything the band had released previously. And, in turn, challenged their fans to take a leap of faith with them on their new journey into Battery City.

So, look alive, sunshine. This one’s for all of you rock ’n’ rollers, all you crash queens and motor babies. My Chemical Romance’s 2010 cover featured in issue 258 is now available in issue 386 to add to your MCRmy shrine. Don’t call us out on that pun—we know what we did.