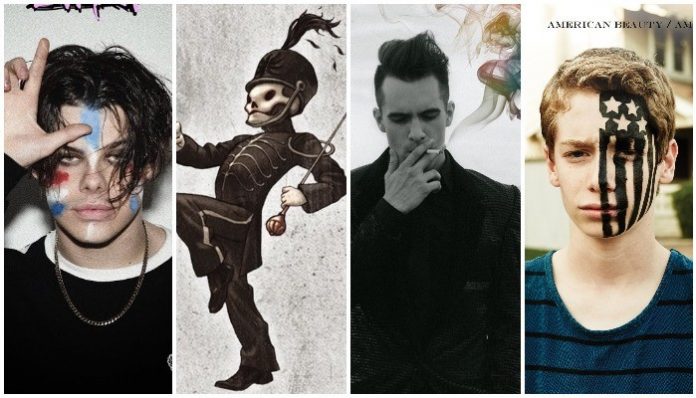 With all the time we’ve been spending at home lately, we’ve blown an embarrassing amount on TikTok. And apparently so has everyone else, as the app is full of people stuck at home, bored and looking to make videos for their own, and thankfully our, entertainment.

One popular trend on the app features people recreating record covers from household items and relating them to an everyday thing. We found 10 of the best TikToks of people recreating alternative albums and single artwork for you to laugh at and maybe get inspired to make your own. Check those out below.

Read more: We finally know whether Gerard Way was Turtle on ‘The Masked Singer’

Billie Eilish shocked all of us when she dropped her video for “when the party’s over” that featured her crying black tears. This person tried to do their own DIY version with a marker at home that honestly looks painful, but it’s a hilarious rendition.

This person used some of their artistic skills to recreate this throwback twenty one pilots cover. She deserves extra points for the creativity in this video.

This TikTok user decided to give their own thoughts about the coronavirus crisis by using a perfectly named Green Day song. Considering the situation, it’s pretty funny, but it’s also ridiculous to think about how confused someone would be if you showed them this TikTok six months ago.

Read more: TikTok is changing the way some accounts can use music

This person got real about fears girls have when they’re on their period and used a graphic Nirvana song title to do so. Honestly, it was laugh-out-loud funny, so we commend it.

This video also deserves creativity points, as this user gave themselves a fake tongue tattoo to replicate this MGK cover. Not to mention, the meme itself is out of the box but also definitely relatable.

There was no way that the MCR fandom wasn’t going to jump on the opportunity to make jokes using some of the band’s songs. This is definitely dark humor, but she did nail the pose almost perfectly.

This person showed off their superfandom for Fall Out Boy by recreating the American Beauty/American Psycho album cover, which only amplifies their dedication. Plus, the face paint is pretty accurate to the original.

This person recreated YUNGBLUD’s face paint from the “Loner” single cover, and it’s pretty spot on for an at-home version. The video itself is pretty relatable for anyone who’s ever had to explain to their family why they’re still single.

This person not only dressed up exactly like Brendon Urie, but they channeled his mannerisms and overall vibe perfectly in this Panic! At The Disco recreation. This video deserves to go viral, in our opinion.

This hilarious one about Spotify

While this technically isn’t a replica of an album cover, it was too funny not to include. The struggle is all too real for those without Spotify Premium, so this video is almost too relatable.