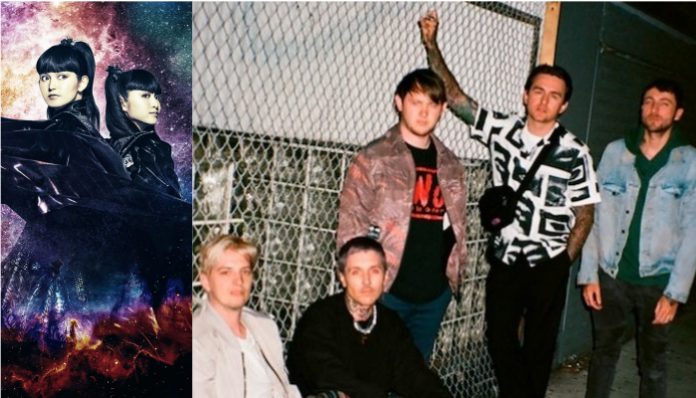 Over the weekend, Japanese pop-metal group BABYMETAL made their debut at Glastonbury Festival, sharing the stage with acts such as Bring Me The Horizon.

Speaking to NME, the band revealed what performing at the festival meant to them and how they’d love to work with BMTH.

The band used to be a trio, prior to Yui Metal’s departure from the group last year. Recently, BABYMETAL have been recruiting fill-ins for that third spot during their live shows.

A fan revealed to Metal Injection, “BABYMETAL revealed at the Yokohama Arena shows that they set up a group of 3 what they call “Avengers” that are going to fill in the third spot. Riho Sayashi is one, she was with SU-METAL at the performing arts school Hiroshima Actors School when they were kids.

Kano Fujihira is another one, she performed at the other Yokohama arena show with them last night(June 29). She is from Sakura Gakuin, the group that BABYMETAL spawned out of. And the last one has not yet been revealed. They have not said if this “Avengers” setup is permanent or just a temporary thing.”

You can watch a clip of their Glastonbury performance, below.

After stepping off the stage, BABYMETAL spoke to NME about their performance.

“It was really good,” singer Su-Metal says. “We usually go to metal and rock festivals, and Glastonbury is not like that. I was really nervous but after a few songs the audience had their hands in the air and were screaming.

I know that Glastonbury is one of the largest festivals in the world and a lot of artists want to play here. I’ve always wanted to play here and now I’m really happy. It’s like I’m dreaming.”

The band shared the stage with Bring Me The Horizon, a group BABYMETAL state they’d like to work with one day.

Would you like to see BABYMETAL and BMTH collab? Sound off in the comments below!