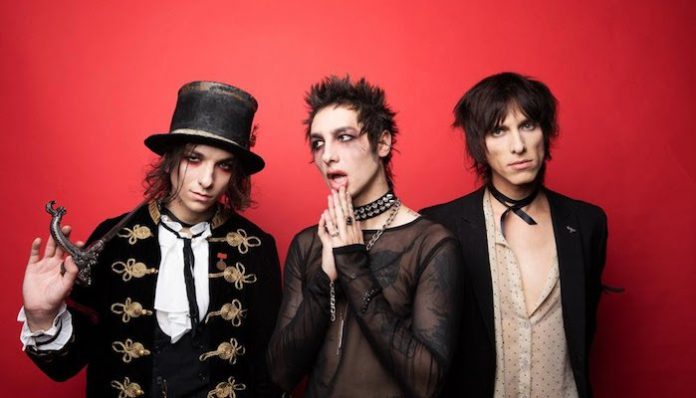 Palaye Royale are gearing up for their next era, The Bastards. With the new album pending, the band have announced a tour of the same name set to kick off in April.

The band will be joined by the Hunna, Arrested Youth and Jessie Paege, the latter of whom will help Palaye Royale close out the final LA show.

Palaye Royale unleashed “Fucking With My Head,” “Nervous Breakdown” and “Hang On To Yourself” throughout 2019. The band closed out the year with the most political song of their career, “Massacre, The New American Dream.”

Guitarist Sebastian Danzig revealed the name of the latest track in an interview with AltPress where the band discussed the upcoming album.

“We’re actually focused on things that are happening in our lives and everyone else’s lives around us,” he reveals. ‘Massacre, The American Dream’ is like that: We’re writing about gun violence and things actually happening in the world, thinking that we can have a small voice in this really big world. If we have a little bit of a voice, we’re going to use it.”

Check out the latest track below.

Tickets and VIP packages for the band’s tour go on sale this Friday, Jan. 31 at 10 a.m. local time here. The AltPress presale begins today from 10 a.m. to 10 p.m. local time with the code ALTPRESS. The code can be applied to the dates in bold below.

*with The Hunna
**with Jessie Paege