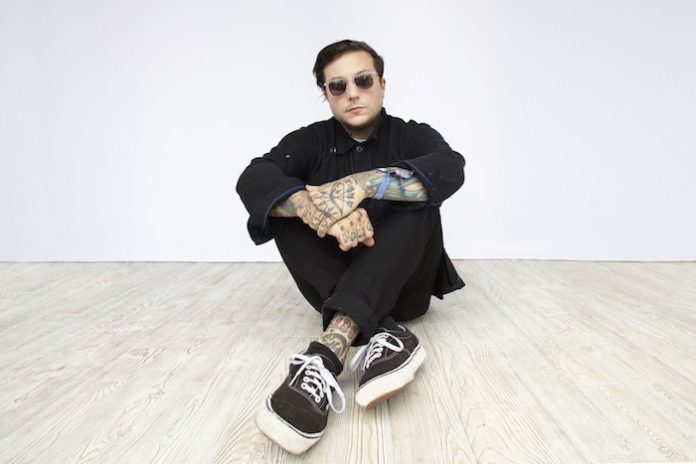 My Chemical Romance guitarist Frank Iero is reminding the internet of a hint about the band’s return that fans didn’t pick up on.

In case you missed it, in December, Iero confirmed on Twitter that he was hinting at MCR’s reunion long before it was even announced.

Read more: 10 things we can’t believe we used to say on the internet

Iero hilariously responded to a compilation of clips where interviewers attempt to get some sort of comment about the rumors of the band’s return following Joe Jonas’ leak of their reunion.

The compilation clip shows Iero reacting to hearing the much-dreaded question interviewers felt they need to ask despite not expecting an answer.

What most fans (understandably) didn’t catch is Frank’s careful wording of saying the rumor “is like a broken clock” which of course is right twice a day.

if you were to pay close attention, i say “that rumor is like a broken clock…” some might think that i meant to say broken record, but i did not. Because even a broken clock is right twice a day. 😎 https://t.co/F1kAL2Bpvw

The band’s fanbase has never been short on reunion theories. From one dealing with the Smashing Pumpkins to a time travel theory, they thought of all of them.

Now, the musician recently posted the phrase he was alluding to on Instagram, the words being on a piece of paper from a fortune cookie. He doesn’t say if he got the fortune before or after he dropped the initial hint, but the post really drives home on the fact the whole MCRmy missed the little hint.

Fans on Twitter responded to the post, and some of them weren’t too happy with the reminder.

I’m still so mad at you because of this…

We’re just glad Iero, Gerard and Mikey Way, and Ray Toro are performing together once again.

More on Frank Iero and My Chemical Romance

My Chemical Romance hit the road for a European and later North American tour this year. Fans in the U.S will have a tougher time grabbing tickets because they sold out so quickly, but there are still opportunities to see the band at festivals such as Riot Fest and Download Festival in Australia and Japan.

Tickets for the concerts can be found here and a full list of dates is below.

What are your feelings towards Frank Iero’s hint reminder? Let us know in the comments down below!