Sleeping With Sirens “Leave It All Behind” in dark new video

Sleeping With Sirens are leaping into their new music era with this heavy track.

It’s been a long, teaser-filled road to this night for Sleeping With Sirens and their fans. But the wait is finally over as they unleash first single “Leave It All Behind” from their upcoming album.

The band gave the track its live debut at the U.K.’s All Points East Festival earlier this month. Following wiped social media accounts and the final cryptic clip earlier today, they’re finally sharing a dark video for the track, which makes good on the promise of a heavy return.

The band’s major label debut, Gossip, dropped in the fall of 2017 via Warner. Sleeping With Sirens are now announcing a Sumerian Records signing for their follow-up, How It Feels To Be Lost, arriving this fall. Singer Kellin Quinn teased the album’s aesthetic last week with the reveal of his new album-matching microphones.

“It’s all about depression and anxiety,” Quinn explained. “It’s something that I think needs to be talked about, and it’s something that I struggle with and deal with all the time. I wanted to make a record that was just purely honest about it, and I think that it’s for those people that need that record.”

Read more: 12 acoustic songs to melt your heart, from Sleeping With Sirens to Waterparks

“Leave It All Behind” marks the first post-Gossip music from the band outside of holiday song “Christmas On The Road” in 2017 and a collab with then tourmate the Rocket Summer titled “Another Day” in 2018.

Sleeping With Sirens are bringing it back to their post-hardcore roots, a promise made all the way back in Feb. 2018. Then, guitarist Jack Fowler made the first reference of writing “some 2012 sounding SWS stuff.”

In September, Quinn offered up the same sentiment, telling a fan “You got it” after they requested “Let’s Cheers To This era vibes.” Fowler confirmed the return again in December, tweeting the band was “heavier and better than ever.”

Read more: Sleeping With Sirens on what you should know about their next record and more

In March, Fowler and Quinn continued their teasing on one of AP’s Instagram posts. In a question asking fans to choose between “If You Can’t Hang” or “Kick Me,” the guitarist wrote, “If you like these, the new stuff might have a familiar ring to it.”

As for Quinn, the singer revealed “Leave It All Behind” as his choice, which, at the time, no one realized would mark their epic return.

Check out the “Leave It All Behind” video below.

More on Sleeping With Sirens

“Leave It All Behind” isn’t the only track the band has teased ahead of release. The frontman used unreleased lyrics in a Never Take It Off collab, which was announced in March.

Quinn teamed up with the Butterfly Project to release the jewelry collection in honor of Self Harm Awareness month. The “If I Stay You Stay” collection has each item named after lyrics from unreleased Sleeping With Sirens track “Never Enough.”

The bracelets are named “It’s Time To Wake Up,” “The Best Is Yet To Come,” “Your Life Has Begun,” “The Pain Was Here,” “It’s Time To Get Up” and “Push Me Forward. You can purchase the bracelet under “Causes” here.

“Never Enough” and “Leave It All Behind” both appear on How It Feels To Be Lost, which drops Sept. 6 via Sumerian.

All of the physical bundles are available here. The album is also available for preorder on iTunes, Amazon and GooglePlay. You can see the SWS album art and full tracklisting below. 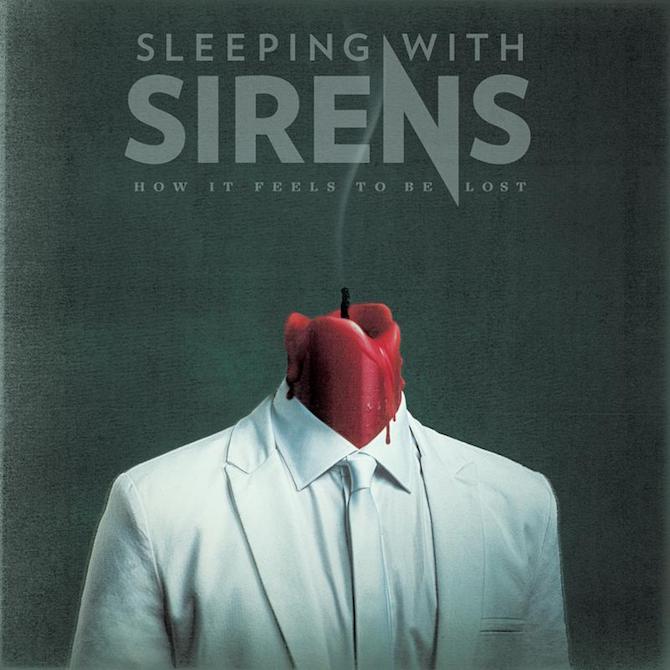 Sleeping With Sirens hit the road in a few days for the Disrupt Festival. The band will also be performing at Warped Tour, Las Rageous and more. Check out a full list of dates below and grab tickets here.